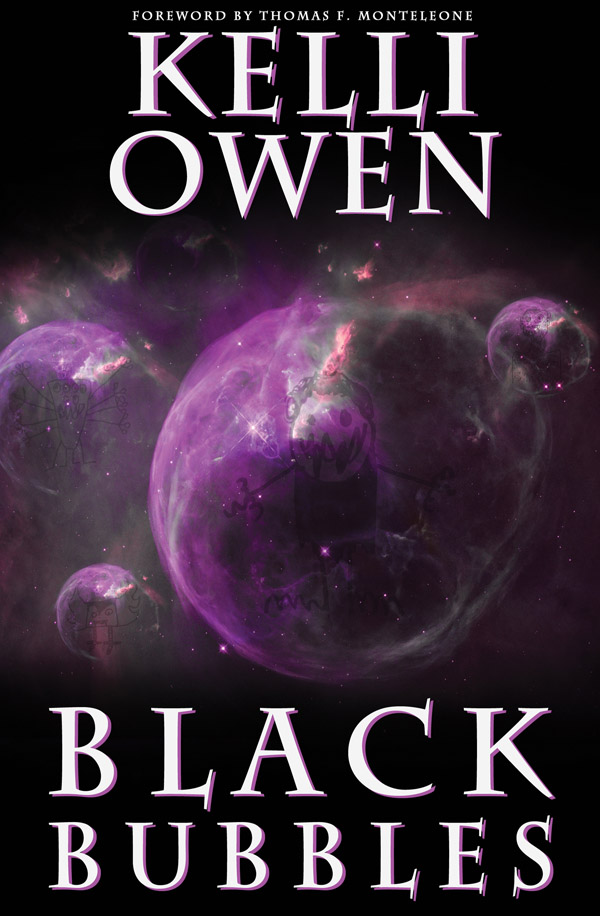 Horror is pessimism at its bleakest. Worst-case scenario. The darker side of reality. The glass half-empty. The situation unfathomable. In Black Bubbles, Kelli Owen presents classic genre tropes—ghosts, murderers, zombies, what you’d expect (sans sharks)—but it’s the characters, rather than the tropes, that experience the story, speak of the horrors, and sometimes survive the inevitable.

Kelli Owen’s first collection gathers over 60,000 words, including a handful of out-of-print, difficult-to-find previously published work, a plethora of new pieces, story notes, drawings inspired by the title story, and an introduction by the legendary Thomas Monteleone.

“Double hell if Black Bubbles wasn’t one of the most imaginative stories I’ve come across in some time.”
~ David Spell, The Scary Reviews

“It’s rare that I’ll give a collection of short stories 5 stars. There are nearly always one or two that don’t work for one reason or another. Not the case here. Kelli Owen’s Black Bubbles is filled with gems.”
~ Frank Errington, horror-web.com reviewer

“Reliant on character over shock and awe, I found this collection to be… a solid collection.”
~ Shock Totem

“Story after story, I was hooked and I couldn’t put the book down.”
~ Mandy DeGeit